Isostatic graphite is a new type of graphite materials which developed in the 1940s and has a series of excellent properties. Isostatic graphite has good heat resistance, in an inert atmosphere,  its mechanical strength increased with the increase of temperature and reached the highest value at around 2500 °C, compared with ordinary graphite, Isostatic graphite has fine structure, and uniform good performance; low coefficient of thermal expansion, excellent thermal shock resistance; isotropy, chemical resistance, good thermal and electrical conductivity; excellent mechanical processing properties. Because of this series of excellent performance that isostatic graphite has been widely used in chemical, semiconductor, electrical, metallurgy, mechanical, nuclear and aerospace fields. Moreover,  the application field is still expanding with the development of science and technology.
1. Main uses of isostatic graphite
1.1 Graphite for Solar Cells and Semiconductor Wafers
In the solar and semiconductor industries, isostatic graphite is used in large quantities to produce single-crystal direct-heating furnace hot-field graphite parts, polycrystalline silicon casting furnace heaters, compound semiconductor manufacturing heaters, and crucibles. In recent years, the development of solar photovoltaic power generation has been rapid. The monocrystalline silicon and polysilicon production in the photovoltaic industry has a great demand for graphite. At present, monocrystalline and polycrystalline silicon products have grown toward large-scale and high-end development, and the isostatic graphite also has higher requirements,  greater specifications, higher strength, and higher purity.
1.2 Nuclear graphite
Isostatic graphite has moderate mechanical properties, excellent mechanical properties at high temperature, high thermal conductivity, and low coefficient of linear expansion. In high-temperature gas-cooled reactors, it is mainly used as a reflector, a moderator, and an active zone structural material, and constitutes a nuclear fuel assembly together with nuclear fuel. At a temperature of 400-1200° C., high-energy γ-rays and fast neutron radiation are liable to cause radiation damage for a period of several years, thereby changing the structure and properties of graphite. Therefore, the degree of graphitization of the material is required to be high. It should has good isotropic property, uniform composition and low elastic modulus.
1.3 EDM graphite
Graphite has no melting point, is a good conductor of electricity, has good thermal shock resistance and is an excellent electrode material for EDM machining. Ordinary graphite materials, which are low-density anisotropic graphite with coarse grain structure, can not meet the demand of EDM. However, the isostatic graphite electrode structure is uniform, dense, and has high processing accuracy, which can meet the requirements in this respect.
1.4 Continuous casting mould graphite and molded graphite
It is mainly used for continuous casting moulds and superhard materials for high temperature and high pressure mould materials. Due to its fine particle structure, high mechanical strength, and uniform heat conduction, isostatic graphite makes the surfaces of continuous casting and molded products smooth, with high internal quality and long service life. It is the best material for crystallizers. Moreover, for large sintered materials,the mould wall should be as thin as possible, and it is necessary to use a fine-strength, isotropic graphite with high strength.
1.5 Other uses
In the use of carbon brushes, mechanical seals, contact plates, etc., where precision is required, high lubricity and high electrical conductivity are extremely important. Ordinary graphite materials need to be impregnated with resins and metals in order to increase strength and airtightness, but their use is limited in terms of corrosion resistance and high temperature resistance. Isostatic graphite has a low coefficient of friction and good thermal conductivity. It is often used as a sliding friction material for bearings, mechanical seal rings, and piston rings. In addition, isostatic graphite is also used to make diamond tools, thermal field components (heaters, insulation tubes, etc.) of fiber drawing machines, thermal field components (heaters, load frames, etc.) of vacuum heat treatment furnaces, and precision graphite heat exchanger.
2. Development of isostatic graphite
Due to the excellent performance of high-density isotropic carbon materials, wide application, and high added value, all developed countries have invested more manpower and resources to develop the material. According to relevant data in Japan, the annual production value of carbon graphite materials doubles every five years due to the development of isostatic graphite materials.
The United States is the first country in the world to develop and produce isostatic graphite, and products were available in the late 1950s.
3. Isostatic graphite, molded graphite and their production proces
As shown in Fig. 1, the conventional production process for isostatic graphite is similar to the molded graphite.

Table 1 Various Performance Indicators of Isostatic Graphite in XRD Graphite.
3.9 Purification
When isostatic graphite is used in the fields of semiconductors, monocrystalline silicon, and atomic energy, it requires high purity and must be removed by chemical methods before it can be used in these fields. The usual practice for removing impurities from the graphite is to put the graphitized product in a halogen gas and heat it to about 2000°C. The impurities are then halogenated to a low-boiling halide and volatilized. Almost all impurity elements in graphitized products can be removed by halogenation with chlorine gas. But with the exception of boron, it can only be removed by fluorination. The halogen gases used for purification are chlorine, fluorine, or halogenated hydrocarbons that decompose at high temperatures to produce these gases, for example, carbon tetrachloride (CCl4), dichlorodifluoromethane (CCl2F2). For example, U.S. Graf Technology International Holdings Co., Ltd. uses the high-temperature halogen gas to remove impurities in its public patent “Low CTE High Isotropic Graphite”: the graphitized sample is between 2200 and 2600°C. The halogen gas is purified to remove impurities such as boron to obtain high-purity, high-isotropic graphite. 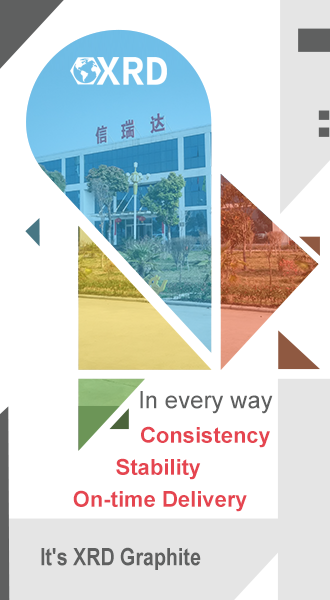